During summer 2015, UMass Amherst hosted several students from the Brazil Scientific Mobility Program, a one-year, non-degree program funded by the government of Brazil for Brazilian students to study abroad in the United States. 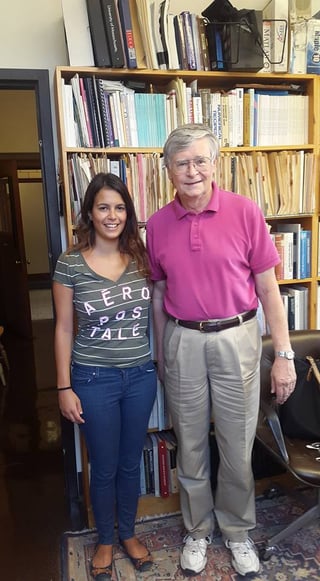 One of those students, Nathália Jabir, was part of a team of three Brazilian students and one American from LSU who worked with Professor James Smith on a project vital to the infrastructure and operations of the UMass campus: creating a single space that will better support the work of print services, bulk mail services, and mail services. The team designed a plan to combine the offices for the three services, which they proposed to relocate to the top floor of the recently closed Textbook Annex. The project provided Jabir with an excellent real-world opportunity to study engineering principles.

Smith remarked that Jabir was "instrumental in the project as ... she was responsible for the main layout of the offices and the operations of the three services." He also noted that her background in Industrial Engineering was "very helpful" during the project.

Jabir commented on her methods: "We used interview and survey-data to create a relationship diagram and simulation of the final layout in ARENA simulation software." The team produced a comprehensive report proposing the relocation of the offices, but no final decision has been made yet.

Jabir had a substantive and exciting academic engagement with Professor Smith, remarking, "It was a wonderful experience. I learned a lot from Professor Smith over the two and a half months I was on the campus. I am very grateful to Professor Smith for giving me the opportunity to work with him. The knowledge and experiences were extremely important to my life." In fact, the work was so meaningful that she parlayed it into her final university thesis, which she completed this past December and received high marks.

In all, Jabir had a "fantastic" summer in Amherst, saying, "UMass has a great infrastructure and the whole time I was there, people were very kind and nice." Nathália cited Mount Sugarloaf, specifically, and the rest of the beautiful "views throughout the city" as highlights from her time in the Valley. 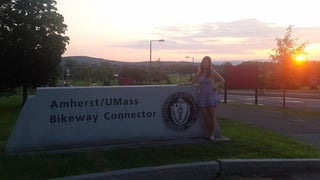 Jabir is a student at the Universidade Estadual de Maringá in Maringá, Paraná, Brasil where she will complete her studies in February and graduate in April. After graduation, Jabir plans to go on to work for a company at which she can apply some of the practial experience garnered during her summer in Amherst. As a critical and passionate student, though, she is also open to exploring other academic and career fields. 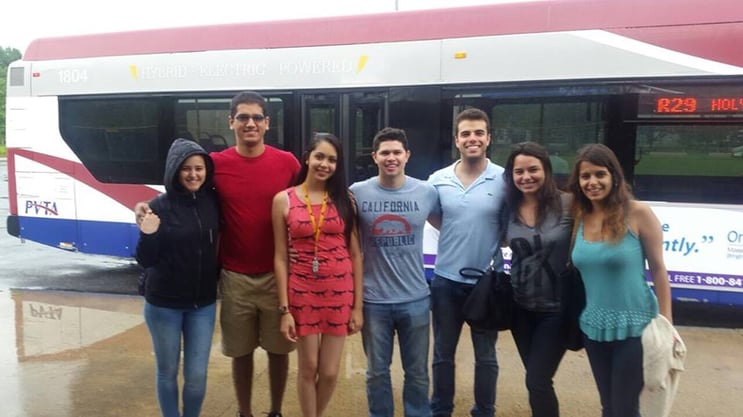